“Who authorized you to rebuild this temple and restore this structure.” 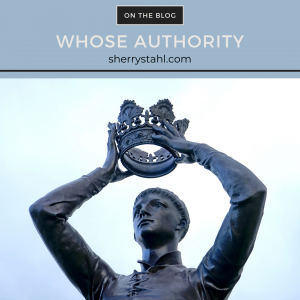 The Israelites had started rebuilding the temple and then stopped for 16 years. As soon as they started rebuilding again the Governor of their area halted operations and questioned their authority to do the job. I love the Israelites answer to the Governor’s question. “We are the servants of the God of heaven and earth, and we are rebuilding the temple”. They go on to explain how they were working under the authority of King Cyrus’ decree. They knew who they were and whose authority they were working under!

Too many Christians don’t know who they are and the authority that has been given to them.  If you don’t know this you need to familiarize yourself with scriptures that teach on it. The enemy will always use people to make you question if you are a real Christian and if you are called by God to do what you’re doing.

Matthew 28:18 says: “Jesus came to them and said, “All authority in heaven and on earth has been given to me.” In Luke 10:19 Jesus says: “I have given you authority”. Romans 8:11 says “if the Spirit of him who raised Jesus from the dead is living in you…”. You have been given authority through Christ to accomplish all that He’s called you to do.  So, when people question, make sure you know the answer!

Father…I thank-you for adopting me into your family and making me a child of The King! Help me to grow in understanding of my position and authority as your child. May I walk in the confidence, boldness and authority of a King’s Kid! In Jesus Name…Amen.