Well, I took a break and that filled me with a new passion for all God has in store for this year! I wasn’t releasing Soul H2O Devos until I filled up my well. So, let’s get to today’s devotion, it’s going to put peace in your heart as you begin to believe that God Knows How to Get You Where You Need To Be {Part 1} Get Moving {Part 2} and Why God Doesn’t Give You a 5-Year Plan {Part 3} There’s so much to tell you <3

Print Out a Soul H2O Journal Page to get the most of this devotion. Download HERE. 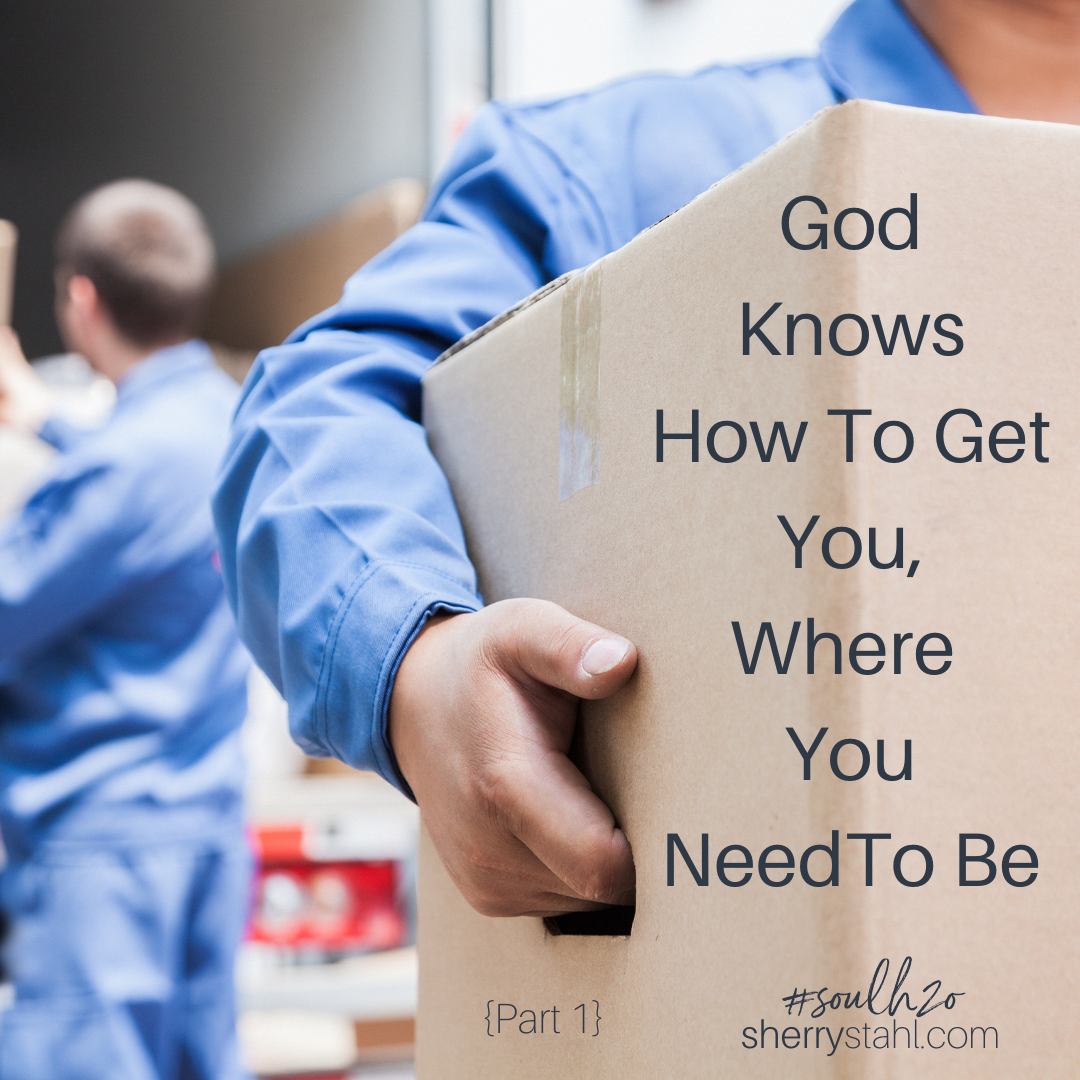 So Achish called David and said to him, “As surely as the LORD lives, you have been reliable, and I would be pleased to have you serve with me in the army. From the day you came to me until today, I have found no fault in you, but the rulers don’t approve of you. Now turn back and go in peace; do nothing to displease the Philistine rulers.”
~1 Samuel 29:6-7 NIV

David and his men didn’t do anything wrong.  Clearly, they were doing everything right according to the leader’s words, but they still lost their jobs and were forced to return ‘home’.

Have you ever faced a situation like this?  You’re just going along, doing your job, doing what’s right when all of a sudden something is taken away from you? It doesn’t make sense and it really isn’t fair. It may even seem counter-productive to God’s call on your life or contrary to His purposes at large but more times than not, these events are the vehicle God uses to get you where you need to be.

At this time, David and his Mighty Men were Hired Henchmen or more in today’s terms, Monetized Mercenaries. They were professional warriors, hired by foreign nations to battle on their behalf. Their income was based on finding work as soldiers since they had to flee their homeland Israel because of Saul’s death threats. David asks what most of us ask when the carpet’s pulled out from under us… again,

None of David’s begging worked and so he and his men had to go back to Ziklag, a place where they had set up camp as a makeshift ‘home’ where all the women and children were holding the fort down until they returned.  When the men got to Ziklag, they were heartbroken.  Clouds of smoldering smoke blocked their view of the devastation. The place was silent, except for the crackling of burning embers on the ground. Nothing was left. The men began to weep until they could cry no more as they feared what had happened to their families.

Miraculously, they come across a slave who told them how the Amalekites raided their camp and took their families captive. The Amalekites had literally just left. This slave took David and his army to the Amalekite hide-out where they were partying in celebration of their conquest; getting ready to take advantage of the women and children.

But God had them arrive, just in the nick of time. David and his army of men took back what had been stolen from them. Scripture makes it clear that they got everything back, nothing was lost, they actually ended up with more. Enough excess to bless over 13 nearby towns.  If they wouldn’t have been sent home, David and his men would have missed their opportunity to take back what the enemy stole from them.

Don’t live in fear of what could happen if you move forward in what God’s called you to do. Take that step of faith and trust that God will watch over whatever is yours and protect what you’ve entrusted to Him. Sometimes the enemy will attack your family, friends, health, property, or possessions as he sees you moving forward or when he thinks you’re not around to stop him; but don’t be afraid, God knows how to get you where you need to be!

Father… I thank You for the strength of Your GPS.  It never gets me lost. Help me to have faith with joy and peace as I trust You, Your timing and Your ways.  You are God All-Knowing, All-Powerful.  I will not fear because… I just don’t need to! In Jesus Name…Amen

[tweetthis]God knows how to get you where you need to be![/tweetthis]

Watch this impromptu Facebook Live I recorded last week on my walk while I was in the middle of writing today’s devotion and next week’s as an example of how God knows how to get you where you need to be!

Scripture to fill up your well!

Print Out a Soul H2O Journal Page to get the most of this devotion by writing out the Scriptures or what God reveals to you as you read them. Download HERE.