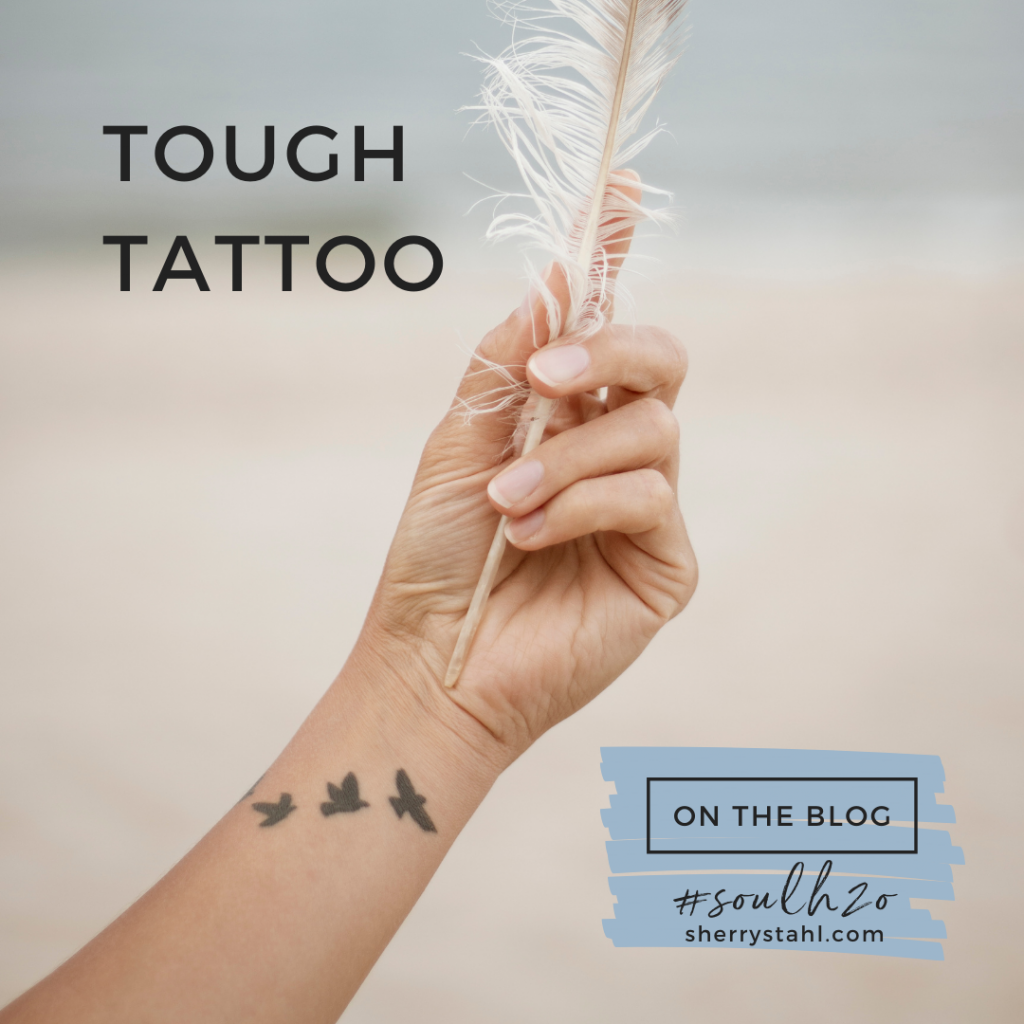 When my daughter Shelby graduated from High School, I took her to a tattoo parlor for her Grad gift!  Call me a bad parent and say what you like, but this is a tattoo that just had to be inked!

During her last year of High School, Shelby’s desire to get a tattoo of the Hebrew word for “endure” kept increasing.  She researched Hebrew words, sketched it, had Todd sketch, researched tattoo artists and kept talking about how ‘one day’ she was going to get this tattoo. It wasn’t an if, in her mind, it was a when.

Not Just a Rebellious Teen

This was more than a rebellious teenager’s want for a tattoo to look cool.

You see, graduating high school and getting this far in life, just being alive hadn’t been a cakewalk for Shelby, and at the time of writing the devotion it didn’t seem like it was going to get much easier as an oral surgeon had put Shelby on a soft-food diet for two months to ward off the need for jaw surgery.

Eating mushy foods alleviated her from having to go under the knife but unfortunately didn’t take her pain away, and this is just one of the many health issues she’s had to endure.

Every time Shelby feels like life is too hard like she can’t make it through, she looks down at her wrist and the word Endure.  It reminds her of how God’s helped her in the past and gives her the faith to believe she can rise above the current circumstance.

HEBREWS 12:7 encourages us to  Endure hardship

Jesus’ knew life wouldn’t be a cake-walk so he put encouragement in His Word to help you face trouble head-on, with strength and resiliency. You too can endure.  You can make it through the tough stuff.

Joshua Had to Endure

“Be strong and courageous, because you will lead these people to inherit the land I swore to their forefathers to give them. Be strong and very courageous.” (Joshua 1:6)

God commissioned Joshua to lead the nation of Israel stuck in the desert for four decades to inherit the land, but it wasn’t going to be a “cake-walk” for them either!

The Israelites had to “endure” a lot of battles to fulfill all of God’s plans for their lives and make it to the Promised Land, so He kept reminding them to “Be strong and courageous”.

I’m so proud of Shelby!  Like Joshua and all the Israelites, she’s learned to be an overcomer by living out this verse.  She’s strong and courageous, and you can be too!  God will give you what it takes to endure, so you, get to your Promised Land!

Father… I thank-you that you give me what it takes to endure! May I be strong and courageous in all that life throws at me, trusting you will be with me all the way to the Promised Land! In Jesus Name…Amen!