Then the man said, “Your name will no longer be Jacob, but Israel, because you have struggled with God and with men and have overcome.”
Genesis 32:28  NIV 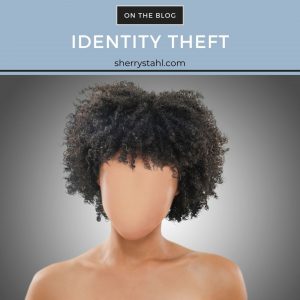 Have you ever watched the movie Identity Thief with Melissa McCarthy? She hilariously and yes irreverently, portrayed a girl who takes on the financial identity of Jason Bateman’s character. This conwoman uses his credit to buy stuff and destroy his financial rating. In the end your heart turns toward this crazy thief as you learn of her troubled childhood. She was attracted to this type of crime to get away from her birth identity. She could relate to Jacob in the Bible who needed an Identity Theft.

Jacob was the son of Abraham. His very nature was described in the meaning of his name; ‘deceiver’. You know him, He was the one who conned his brother out of his birthright and then tricked his father into pronouncing the blessing for the firstborn on him. This put Jacob ‘on the run’ to get away from his brother Essau. The saying ‘you reap what you sow’ played out in Jacob’s life as he was then tricked by his father-in-law Laban into marrying Leah when he thought he was marrying Rachel.

Years later, Jacob in turn tricks Laban and then flees that situation. On the run again, Jacob meets up with his brother Essau who surprisingly doesn’t kill him! I think at this point Jacob was finally ready to face his issues with deceit.

After a long night of meeting with God and not giving up till he received God’s blessing, Jacob’s name was changed by God to ‘Israel’. He went from deceiver to overcomer when God pulled an ancient day Identity Theft!

Have you been ‘on the run’ from God for a long time or know someone who is? Trust that God is chasing you down to read this message. He wants you to know that He’s in the business of changing flawed identities and producing overcomers!

Father…You know the flaws at the very core of my identity. I open my life to You and ask that You would change my heart. Write a new name over me and produce an overcoming spirit deep within so I don’t give up and can see your blessing touch my life!  In Jesus name…Amen