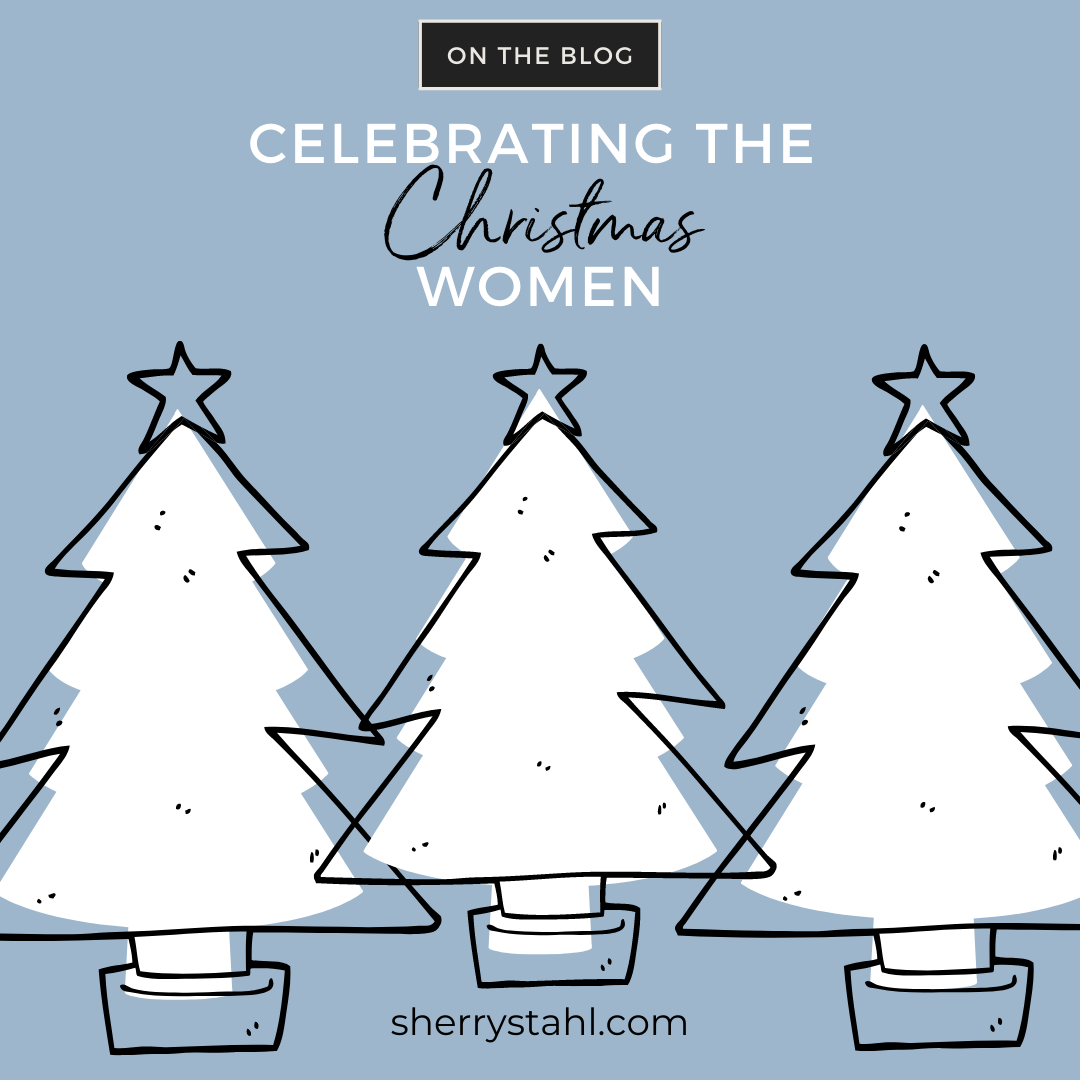 Still wondering who the Senior Citizen is?

See the INTRODUCTION FOR THIS SERIES in the #SoulH2O post two weeks ago Celebrating the Women of The Christmas Story  The series is talking about how each of the #ChristmasWomen were:

CARRIERS – OF THE PROMISE & PRESENCE OF GOD

THE MIDDLE-AGED WOMAN – ELIZABETH was the first Christmas Woman celebrated.  I talked about how she protected the promise of God.  Last week celebrated THE TEENAGER – MARY discussing how she was willing to be inconvenienced to carry the promise and very presence of God, Emmanuel: God with us. 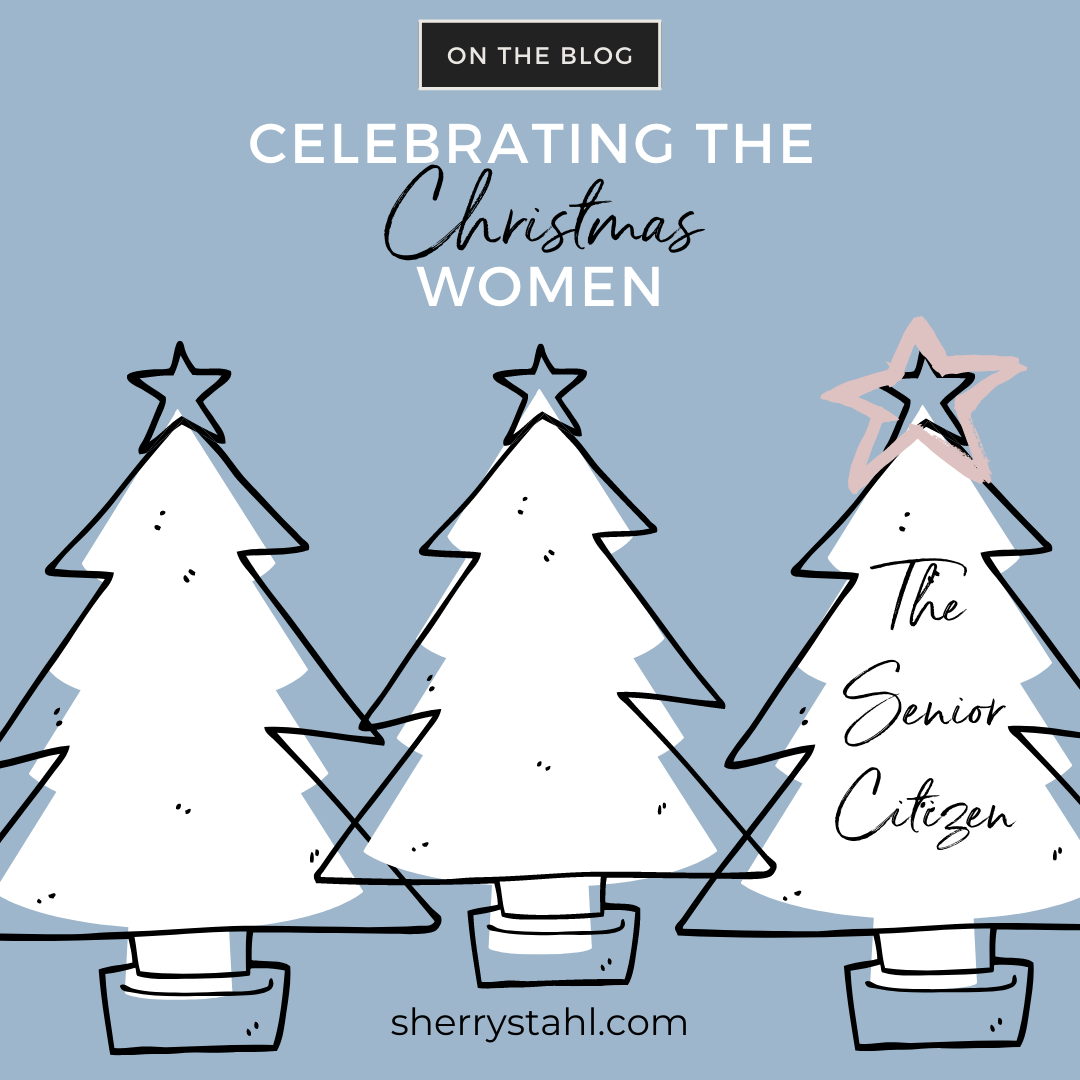 Since I’m totally breaking my format for #SoulH2O devotions with this series, I decided to share the whole of Anna’s story with you (a whopping 3 verses) because so many of you have commented or sent me messages saying you can’t wait to see who the Senior Citizen is.  This lets me know that many of you don’t know who she is, so you probably don’t know her story and she’s absolutely a woman worth celebrating!

The Prophecy of Anna

“Anna, a prophet, was also there in the Temple. She was the daughter of Phanuel from the tribe of Asher, and she was very old. Her husband died when they had been married only seven years.  Then she lived as a widow to the age of eighty-four. She never left the Temple but stayed there day and night, worshiping God with fasting and prayer.  She came along just as Simeon was talking with Mary and Joseph, and she began praising God. She talked about the child to everyone who had been waiting expectantly for God to rescue Jerusalem.”                                                   Luke 2:36-38  NLT

Anna is the last of our Christmas women.  She was the only woman who didn’t carry a physical baby in her body, but there is no doubt in my mind that she carried the promise and presence of God to the people in her day.

Anna knew what it was like to face hard times.  She was widowed at a very young age and never had any children. During Jesus’ time, women who weren’t married didn’t hold much value in their society so this fact lets you in on how “unimportant” Anna could have seemed to many in her day, but Anna was a prophet.  She spent her days serving in the temple, worshipping God with fasting and prayer.

It was out of this lifestyle that she heard from God and shared His messages to His people.

For centuries children on Christmas Eve have hung stockings by the fireplace and struggled to fall asleep with nervous anticipation of what Santa will bring in the morning. My kids were no different than the masses.

In order to help my kids be able to fall asleep on Christmas Eve I started a tradition where they were allowed to open one gift at bedtime.  That gift was always a pair of new pajamas and a book.  Not the most exciting gift, but it created the atmosphere I hoped for.  Brandon and Shelby would change into their PJ’s and were allowed to read their new books before lights out.  The PJ’s made for nice pictures on Christmas morning and the books helped them fall asleep.

Waiting expectantly on Christmas Eve is pretty simple for kids since they know the next morning is Christmas day and they can see wrapped presents under the tree.

Maybe you’ve been waiting a long time for your promise.  Maybe you feel like too much time has passed and you need to “move on” or “give up”.  I pray Anna’s story restores your hope and gives you faith to believe.  Know that at Christmas and always, God keeps His promises and fills you with His presence while you wait.

Father…I thank You that you’re not like Santa doling out gifts I don’t need.  You make promises to me and fulfill them in Your perfect timing.  You know exactly what I need and what’s best for me.  Help me to trust You and Your timing.  May I live with a special expectancy this Christmas carrying my Promise from You and Your Presence within so I can share it with the world when my promise is ‘born’.  In Jesus Name…Amen

ANNA CARRIED THE PROMISE AND THE PRESENCE OF GOD…
I WANT TO BE LIKE HER. 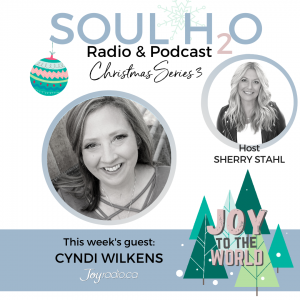 During the Christmas season, were running The Brave Christmas & Christian Women Series.  Episode 50 is Part2 of The Brave Senior Citizen & Brave Cyndi. In This Series, were Celebrating The Women of The Christmas Story and a few of their contemporary counterparts.

Cyndi Desjardins Wilkens isn’t a Senior for a long time but an author and quadruple amputee who shines the light of Christ at Christmas and every day throughout the year!

If you liked the refreshing in this #SoulH2O devotion, you love my latest Soul H2O Devotional book: 40 Thirst Quenching Devotions for Women.

If you liked the refreshing in this #SoulH2O devotion, you love my latest Soul H2O Devotional book: 40 Thirst Quenching Devotions for Women.