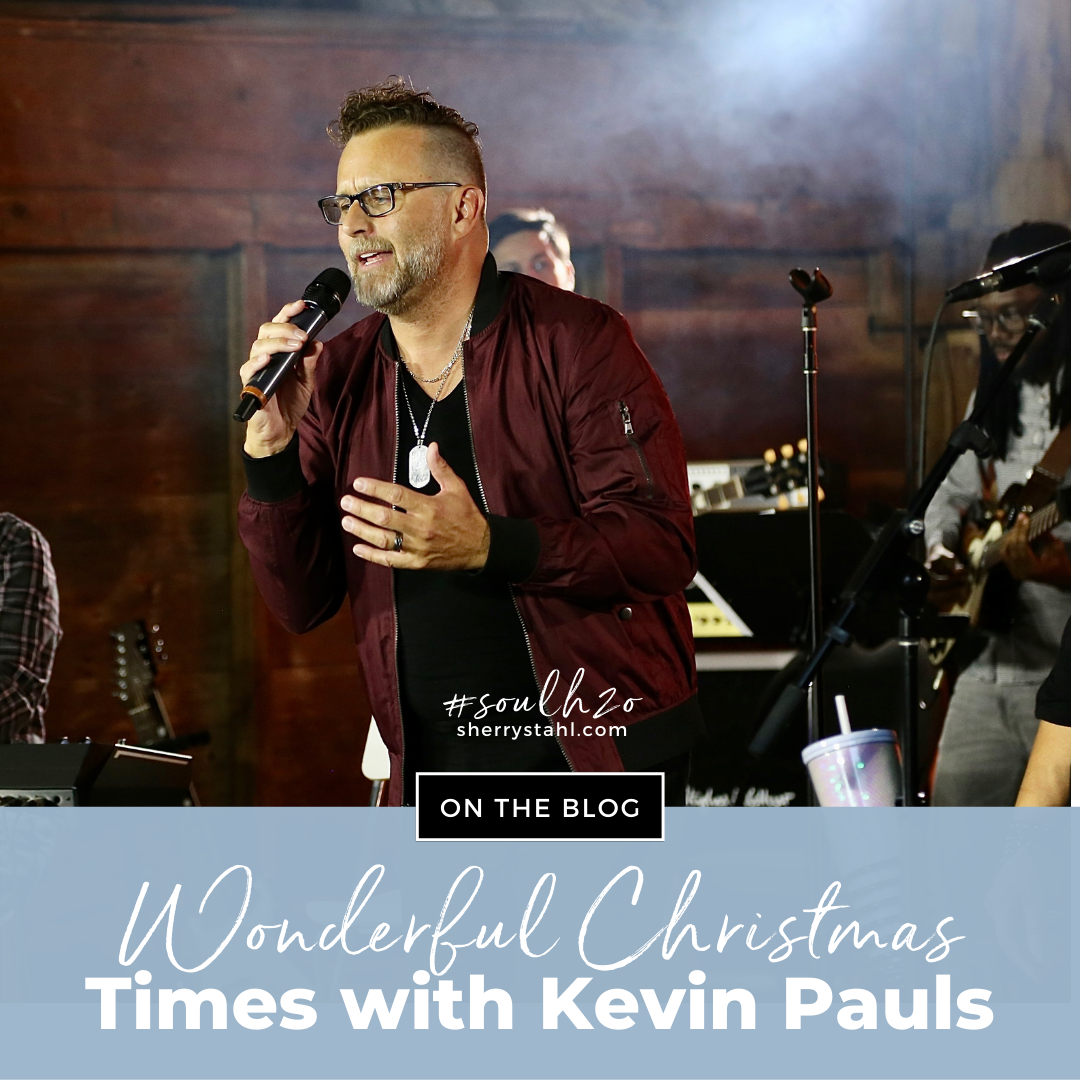 As far back as I want to remember I’ve been having WONDERFUL CHRISTMAS TIMES WITH KEVIN PAULS! Kevin and I grew up together.  We belonged to Bethel Gospel Tabernacle in Hamilton, ON.  A large church that has always been very involved in reaching out to the community so, every Christmas we had some event to be a part of.

When we were kids there were Sunday School Christmas Concerts.  As teens we were always a part of the Live Nativity plays and youth choir engagements.  How they let me be a part of the choirs is still a mystery to me 🙂  Our youth choir would sing in Nursing homes, other churches or anywhere our Music Minister could get us booked!  Even as teens we became involved in our church’s Christmas Cantata’s.  They were literally the talk of the town.  Every year there would be 3-4 days worth of shows for two weeks before Christmas; each one jam-packed, often with overflow seating in the lobby.

We were blessed to belong to such a wonderful church that applauded people’s gifts no matter their ages.  We didn’t think it strange back then, but now it wouldn’t be so common in big churches for 15-18 year olds to get lead singing parts like Kevin did.  At some point, people in my church recognized that I really should not be singing and they began giving me speaking roles and then at 17 asked me to narrate the Christmas Cantata with a local radio host.

Ok, enough about me, back to Wonderful Christmas Times with Kevin Pauls!  Throughout most of my life we’ve gotten together for Christmas.  There really has only been a few Christmases that we didn’t see each other.  Our kids have grown up together and we all consider each other family.  Kevin and his wife Wendy are the closest friends I have.  They were there like “Jesus with skin on” as Jeanne Mayo says, when I was at my lowest point in life. We have become family by been there for each other through the good and the bad.   The triumphs and the tragedies.

Years ago Kevin and Wendy took a risky move and decided to give up on the “American Dream” way of living and begin to follow after God’s dream, no matter the cost.  There was a great cost to pay in giving up jobs and the fickle respect of some people who can’t understand the noble act of following God’s call.

I remember at one of Kevin’s birthday parties and one of his cousin’s roasting him telling him it was time to give up the dream and get a “real job”!  I was so ticked.  Kevin was never visibly bothered by anything anyone said.  He just kept on singing. 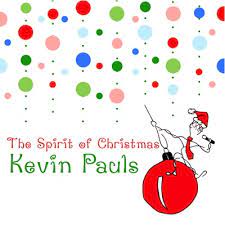 Fast-forward 5 years and Kevin released his Christmas CD with his now Trade-Mark song “The Spirit of Christmas”, which you should all have in your selection of Christmas music!

Fast Forward another couple years.
Last year Kevin held his first ever “Spirit of Christmas” event at the Centre in the Square, Kitchener.  It was a magical night of Christmas Carols sung by incredible artists with a large 100 voice choir, all brought together by Kevin.  It’s like a Bing Crosby Christmas special, only updated and cooler!  The event went so well that this year it was the Spirit of Christmas Tour with Kevin Pauls and Friends.  Growing from one event to a tour of over 13 events across Canada!

Throughout the tour Kevin had many big name entertainers on the stage with him.  Here’s some to list a few: The Martins Trio, NewWorldson band, Steve Archer of The Archers, comedienne/international speaker Joanne Goodwin, guitarist  Kevin Ramesssar, singer Jacob Moon, and many others.

The show is going to be televised December 22 & 25 on yesTV, so everyone can watch.  Next year there will be even more event dates added to the Christmas tour.  Kevin will host his first ever Easter Celebration April 6, 2015 with another stellar cast of singers, and musicians all performing with the KW Symphony.  It will be an incredible night I’m sure! 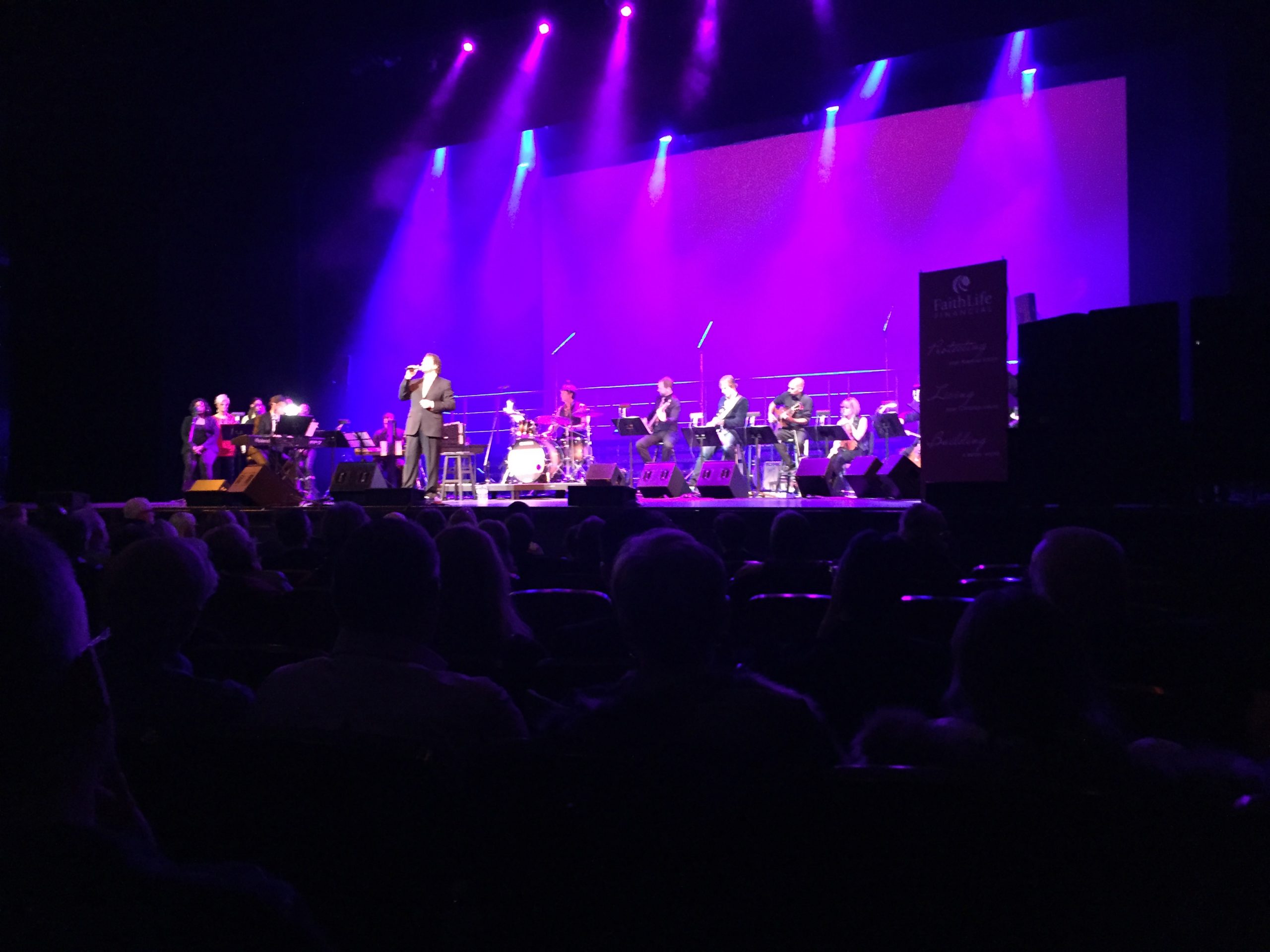 As I sat with my son on one side and one of Kevin’s daughters on the other, I was overcome with emotion.  I felt such pride for my “brother’s” accomplishments.  He could have given up so long ago when the phone wasn’t ringing so frequently, and the bookings were further apart.

For the past few years Kevin has been singing with most of the industries key people.  He says “it all feels surreal, and then I hear the voice that I heard nearly 15 years ago, “I did not give you this dream to torment you.  I gave it to you so you could fulfill it”!  Kevin feels truly blessed that God gave him “staying power”.  He takes no credit and sees it all as a gift from God.

Kevin has exhibited the faith described in Hebrews 10:35 which says “do not throw away your confidence; it will be richly rewarded.  You need to persevere so that when you have done the will of God, you will receive what he has promised.”

Talking about the increased opportunity for ministry Kevin told me “the best thing I can say is…it’s timing.  God has been at work on me and the people He would bring into my life.  God birthed this in me a long time ago.  I feel very blessed to have had the belief that if HE truly birthed it…HE would see it come to life!”

I hope this blog on my bro leaves you encouraged to believe not in Santa this Christmas, but in the promises that God has for your life!